When German conceptual artist Joseph Beuys came to the United States for the first time in 1974 he conceived of his own version of quarantine. Angered by the US involvement in the Vietnam War, Beuys arrived in NYC and refused to set his feet down on American soil. Blindfolded, he saw nothing other than a coyote that was inside the gallery with him the entire time. As if he were thinking about the situation immigrants still face in detention centers in 2020, he named his piece ‘I Like America and America Likes Me’, with full ironic bite. Now during this time of Corona Virus shelter, we can revisit Beuys’ prescient work, finding ourselves in isolation, and wanting to express our own anger at the country where we would normally be living. We are INQUILINES, temporary inhabitants of a shelter that may or may not protect us.

I don’t remember much from high school biology. What I can recall is that a bone’s capillary network is arranged in a series of concentric circles. This means that at the microscopic level, our insides resemble the rings of a tree trunk. This shared architecture has been running my mind. The trees on my block are just beginning to flower; the budding branches are tender and bright. As for myself, after weeks of eating chips and festering in my apartment, I am growing sour and more bloated by the day. How dare you! I think, glumly staring at the view from my window. Nobody is flourishing right now, but spring is a reminder some things are certain. The sun rises, flowers bloom. With each passing year a tree gains a new ring around its trunk and grows stronger, all the more able to weather what comes next. 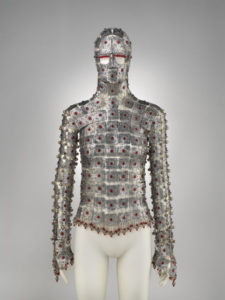 I was looking for peach blossom in New York.

I went to Brooklyn Botanic Garden and just found some scattered flowers on the peach trees.

In my memory, the peach  blossom in China looked like bulky pink clouds.

On Roosevelt Island, I found the cherry blossom. I told myself it looked like the peach blossom I was looking for.