Contrary to what I thought and hoped in the beginning of the pandemic, I’ve accomplished very little by staying home this year (perhaps unsurprisingly). All the motivational talks that made me initially think that I would do something special have done little to lift my spirit up to take actions or make positive changes in the end. Instead, I kept myself busy by working from home for the same multinational corporation (to what end, I don’t even know).

In “The Heart Is a Lonely Hunter”, Carson McCullers beautifully describes this feeling of powerlessness that I again had this year.

By choosing the word bibliomancy, I have forced myself to think long and hard about the investment we as humans have in the written word. Twenty years ago, I made a filmed entitled “Following the Object to Its Logical Beginning”, so I guess I’ve been fascinated with the power of the thing for a long time. With bibliomancy, the thing is the book and the book, in most cases, is holy. But, for those of us secular folks, committed to the magic and the mystery of telecommunications, the holy book has become the telephone book. It offers us access to the identities and locations of millions of other people â€“ people we might marry, people we might meet on a bus, people who are rich, people who are brilliant, people who are almost destitute, people who are no longer people but whose names still remain in the book. Faith in the book implies a belief in its ability to lead us to divine awareness, maybe even to see into the future. The shooting of a film for this word takes us to a basement where we I photograph the flipping of a Manhattan telephone book while my daughters fan a feint breath across the pages. Later through Flash animation, a hundred names will tumble from the page.  (Lynne Sachs)

Words and messages (or attempts at them) are impossible to avoid on the streets of the city. Whether or not we can read them, understand them, or interpret them, they are powerful images that attack the senses. These are snapshots from my trips to and from school and extra-curriculars. These are the images that assault my consciousness.http://www.youtube.com/watch?v=pOC3WXAuAw4

BUT if you’re home alone on Saturday night, without the tender touch of another, how could you possibly fulfill your desire? Read a book of course!
Each turning page contains a poem of loving tenderness. Skim the pages one at a time OR watch as passion explodes!

“A Thousand Eyes” was created in conjunction with the Abecedarium: NYC project through the New York Public Library.

Of the 26 words I chose BIBLIOMANCY. My initial attraction to the word bibliomancy derives from my fascination with the absurd. I sometimes find that the most complex implications can be gleaned from absurdist expression in any form. Be it through performance, human interaction, film, literature, art, etc… Bibliomancy is the art or practice that seeks to foresee or foretell future events or discover hidden knowledge usually by the interpretation of omens or by the aid of supernatural powers using a book, sometimes a bible or other sacred text is used. The book will be opened at a random page and while keeping your eyes closed you will point at a line or passage in the book. My passage was selected from Siddhartha by Herman Hesse. Siddhartha is one of my favorite books sitting on the shelf and also one that has had a significant impact on my attitude towards existence. Thus, I deemed it significant enough in my life to warrant such a divination. The inspiration for the film was the following passage:

PAGE 64
“Tenderly, he looked into the rushing water, into the transparent green, into the crystal lines of its drawing, so rich in secrets. Bright pearls he saw rising from the deep, quiet bubbles of air floating on the reflecting surface, the blue of the sky being depicted in it. With a thousand eyes, the river looked at him, with green ones, with white ones, with crystal ones, with sky-blue ones. How did he love this water, how did it delight him, how grateful was he to it! In his heart he heard the voice talking, which was newly awaking, and it told him: Love this water! Stay near it! Learn from it! Oh yes, he wanted to learn from it, he wanted to listen to it. He who would understand this water and its secrets, so it seemed to him, would also understand many other things, many secrets, all secrets.”

I really wanted to represent my own view of New York through a lens. So I went out to the Brooklyn Bridge with my camera and shot this footage. “A Thousand Eyes” is essentially my own exploration of the possibilities of the apparatus of the cinema. I really wanted to exploit the camera and force it to do the opposite of what is expected. The result: Beauty.

It was edited to my own mix of hauntingly beautiful and reminiscent sounds from the Epson Stylus 600 printer, as recorded originally by melack from The Free Sound Project Organization.

PLEASE WATCH IN HD at: “A THOUSAND EYES” by Ryan P. Nethery 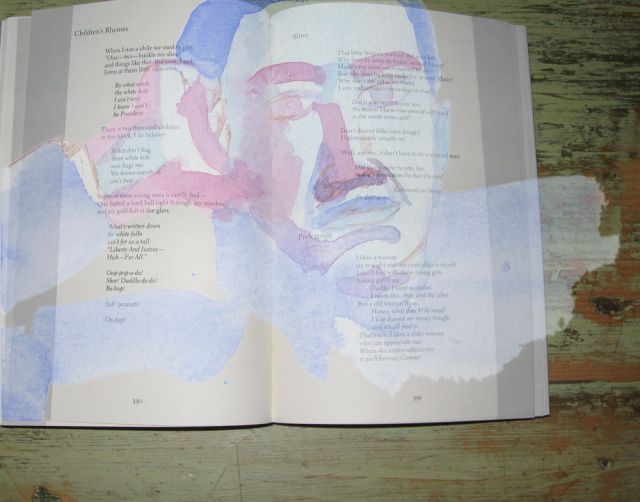