There were scientists who warned us, be we didn’t listen. There were doomsday shouters, but we didn’t hear them. I sit in my house looking outside, through a piece of film, like rose colored glasses, allowing me to see what I want to see. I cannot vaticinate today, cannot prophesize tomorrow. I know enough to know what I do not know.

On the local train

the seer in the corner rhapsodizes

to all, but really to himself, he knows

what is good and true, but he’s lost sight.

He sleeps fitfully splayed across the bench

the lullaby of Next stop

On his land use and transportation blog, Starts and Fits, Aaron Donovan, examines Charlotte Street, and the effort to bring suburbia to the Bronx in “New Hope in the Bronx.” The post is from 2006, but thoroughly examines the history of development in the area using detailed maps and diagrams. If you’re interested in urban planning and Bronx history, it’s a fascinating read. While on the site check out his other posts on locations from St. John the Divine to DUMBO, and browse the Planning and Urbanism link collection.

Sometimes the sweep of technology can be overwhelming.  Even FOUDROYANT.  The almost 50 year old New York based Film-makers’ Cooperative is facing some major problems . We need the city of New York to stand up for alternative modes of expression.  To VATICINATE  is to see into the future, and here we can do this with both film and the internet hand in hand.  Go to a great New York Times article to understand the situation more clearly. 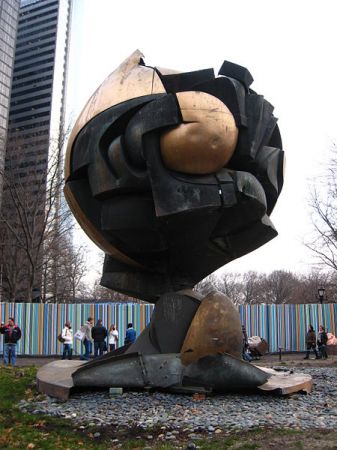 The Sphere by Fritz  Koenig

This bullet is an old one.

In 1897, it was fired at the president of Uruguay by a young man from Montevideo, Avelino Arredondo, who had spent long weeks without seeing anyone so that the world might know that he acted alone. Thirty years earlier, Lincoln had been murdered by that same ball, by the criminal or magical hand of an actor transformed by the words of Shakespeare into Marcus Crutus, Caesar’s murderer. In the mid-seventeenth century, vengeance had employed it for the assassination of Sweden’s Gustavus Adolphus, in the midst of the public hecatomb of a battle.

In earlier times, the bullet had been other things, because Pythagorean metempsychosis is not reserved for humankind alone. It was the silken cord given to viziers in the East, the rifles and bayonets that cut down the defenders of the Alamo, the triangular blade that slit a queen’s throat, the wood of the Cross and the dark nails that pierced the flesh of the Redeemer, the poison kept by the Carthaginian chief in an iron ring on his finger, the serene goblet that Socrates drank down one evening.

In the dawn of time it was the stone that Cain hurled at Abel, and in the future it shall be many things that we cannot even imagine today, but that will be able to put an end to men and their wondrous, fragile life. 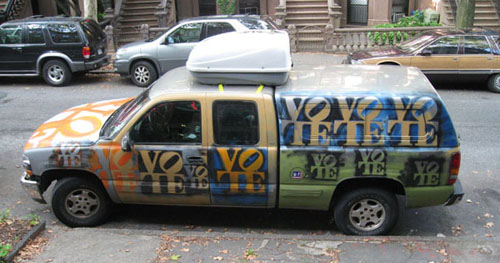