The visual definition for inquiline was over the top creative. Kudos to the creator. Her lease on life is strong and vibrant.

Here are some unusual words that begin with the letter I. I painted this watercolor during a cold two weeks in a cabin in the woods at the MacDowell Colony reading the whole dictionary. When I started to think about which one would be right for Abecedarium:NYC, it seemed logical to choose a word that spoke to the experience of living in a home that simultaneously “yours” and someone else’s, namely a landlord. Inquiline fit the bill. It’s really a zoological term we transposed to the the life of a city dweller. Watch Beth Botshon’s video and see what I mean.  Which word would you have chosen? 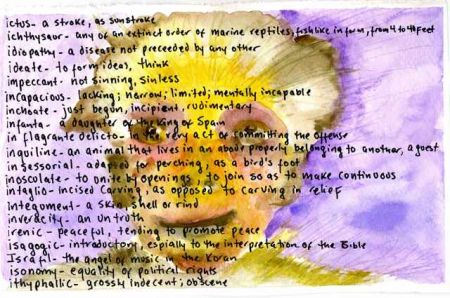 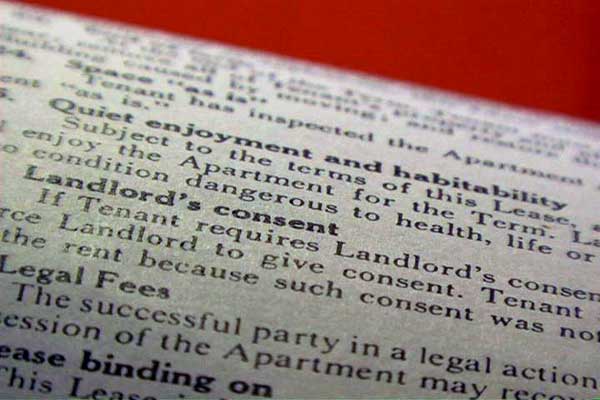 (n.) An animal that characteristically lives commensally in the nest, burrow, or dwelling place of an animal of another species.

(adj.) Being or living as an inquiline.

In zoology, an inquiline is an animal that lives commensally in the nest, burrow, or dwelling place of an animal of another species. For example, some organisms such as insects may live in the homes of gophers and feed on debris, fungi, roots, etc. The most ubiquitous types of inquiline are those found in association with the nests of social insects, especially ants and termites â€” a single colony may support dozens of different inquiline species. The distinctions between parasites, social parasites, and inquilines are subtle, and many species may fulfill the criteria for more than one of these, for inquilines do exhibit many of the same characteristics of parasites.