This is a photo of tictacs being jerry-built in my house.   This is my orange tictac tower, which I had jerry-built. 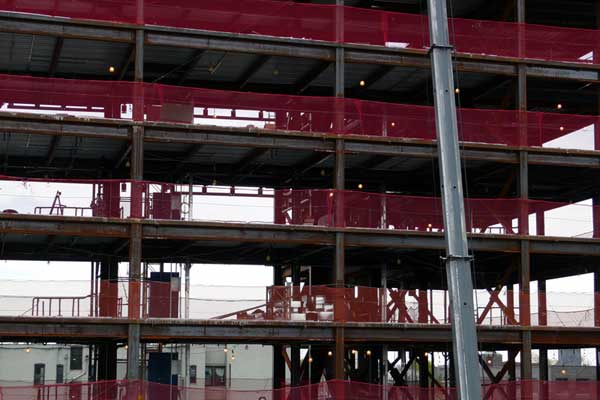 Meaning: Built in a makeshift and insubstantial manner.

Origin: The phrase has been around since at least 1869, when it was defined in the Lonsdale Glossary:

By 1901, the term began to be used figuratively – a sure sign of acceptance into the general language. For example, The Daily Chronicle, in August that year printed this opinion:

“In an age of jerry-built books it is refreshing to come across a volume that has taken forty years to compile.”

The derivation is unknown. What we do know is that the term has nothing to do with the UK slang term for German – Jerry/Gerry. This is of WWI origin and the citations above pre-date that. As always when a phrase’s origin is unknown people like to guess, so here goes. It is possible that the term derives from the slang term jerrycummumble or jerrymumble. This was defined in the 1811 version of Francis Grose’s Classical Dictionary of the Vulgar Tongue:

Some other guesses, although none of them appear to have any substantiating evidence, place the origin as: