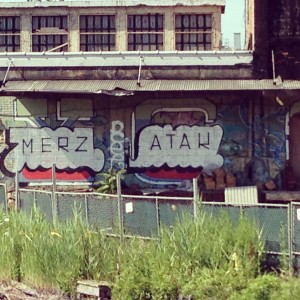 In an OPEN CITY , would we wage a Kurt Schwitters style attack on all things militaristic? I found this Dada celebration in the Gowanus Canal in Brooklyn in the summer and now it is long gone, making way for sky high apartment buildings.  Perhaps they will create their own OPEN CITY of peace.  (OPEN City – In war, a city that has abandoned all defensive efforts.)

All the hoping and praying

from her blemished breast.

slowly bows to the burden 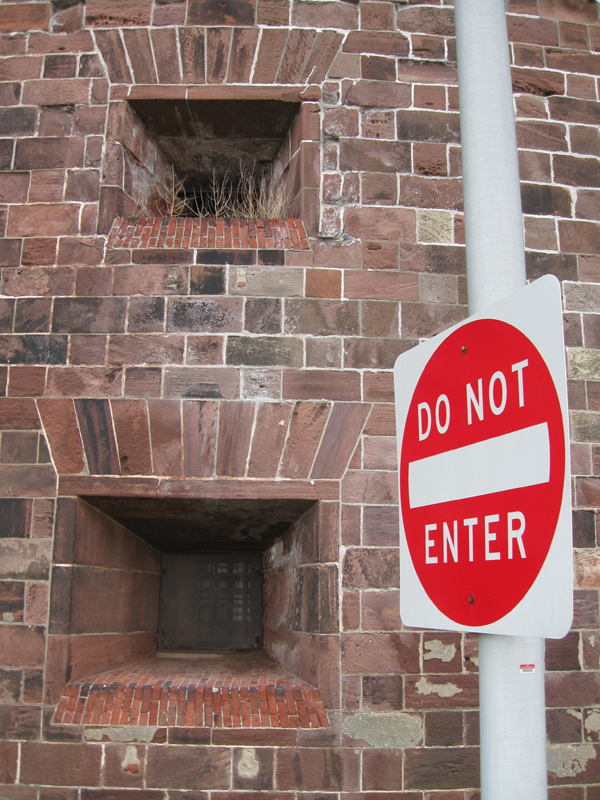 Hi WebWordVisionaries. Think I may be stating the obvious with these comments, because I don’t feel I have any real web experience/understanding. But, in fact, that’s what fascinated me: I couldn’t get over the construction of the site, especially after seeing and hearing the presentations at the library. So, I was really wowed by your mastery of the technical aspects of the medium/media you were using, wowed by that before I even got to the content. The conception of the project, by itself, was amazing to me.

Which brings me to the content and then to the uses to be made of what you’re doing. I really see the use of the overall project as a teaching tool.

Seems to me that it could consume an entire semester of middle school, much in the same way one might take a course at college on, let’s say, European Studies, which would encompass, lit., philos., math, science, and so forth. One might start with the content parts, i.e, geography, history, spelling, and the like and then progress to the means by which the entire site came together technically and how it all interacts. Or make that two courses. Putting together the lesson plan(s) would be so stimulating for the teachers of those grades.

Given that children seem to be taught and to learn differently in this era, here’s why I think the project should be used at the middle school level: children of that age should have learned basic skills and would be ready to be stimulated by the complexity of the Net and its links. And for the thousands who can’t read and do basic math, given the many social and economic problems that so many NY school children are faced with, this project would provide some real stimuli for curiosity to grow. How exciting to be able to spell and know what a diglot is–I had lunch with a Korean friend of mine and informed her that she was a diglot, so I put my learning to immediate use! And what about those really hard, arcane words. What bragging rights a 13 yr. old could get. Or what a contribution could be made by a child with no skills, who could yet see his/her input right up there on a computer screen. Just give him/her a camera for a class “walk around the neighborhood” project. Or give them a local map and let them lead their classmates to the candy store and interview the owner. And on and on…..

As for the other age groups, one could parse out the manner in which the project provides the best access to their interests. What about the senior citizen centers or whatever is used in NY to spread knowledge. Those seniors are all over town, soaking up learning and being in a position to pass it along to others. And many of them are a little light on computer use, even though that has rapidly changed in the last few years. I’m always astounded when I meet someone around my age who functions technologically like a neanderthal, but they are numerous yet.

And then, of course, there’s the project as art form and community. Don’t think I need to comment on that, as you probably started with that thought.

The project was particularly interesting because it seems to make unusually productive use of new technologies to incorporate literary ideas. Could become the Zagats learning tool for all our cities, thereby making them all Open Cities for expanded thought and civic behavior.

At Fort Schuyler, on the edge of the city, I discover hundreds of small ship miniatures in a glass vitrine. Are we in an “open city”, somehow celestially protected while still defenseless?

Maritime Museum in the Bronx. 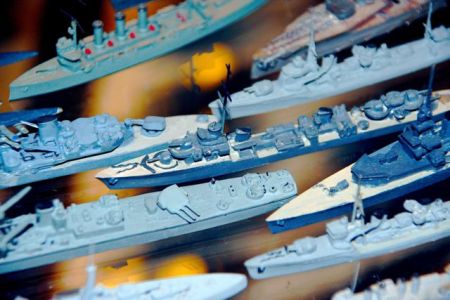 “A walk through the Maritime Industry Museum at Fort Schuyler brings with it a vivid presence of seafaring in both bygone years as well as today’s present era. The exquisitely fashioned ship models, historic artifacts, nautical photographs and prints, and the host of corporate banners identifying exhibits of the respective steamship companies they represent gives the visitor a true sense of being at sea with those individuals who experienced life in the merchant marine or passenger cruise line industry.”

My understanding of open city is that it is a military designation that creates a hallow of protection over an urban setting. All of its defenses have been abandoned, and a kind of diplomatic trust ensues. Having lived through the initial shock and the harrowing aftereffects of September 11, 2001, I was wondering how it would feel to visit a perfectly preserved Civil War fort situated at the mouth of the East River to “protect and defend” the people of New York City. Fort Schuyler is a remarkably picturesque and serene enclave that is perched on the tip of a finger of land that juts into the water. Surrounded by the White Stone and the Throgs Neck Bridges, the fort would seem to have a more prominent place in the city’s consciousness. Instead, we felt as if our drive across this narrow piece of land was taking us to a remote island way off the coast and into the Atlantic Ocean. 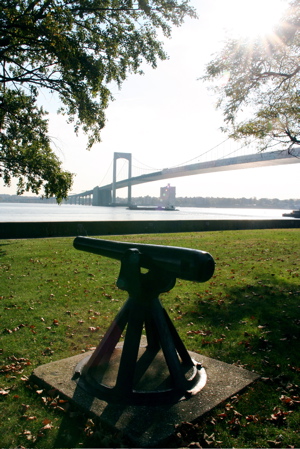