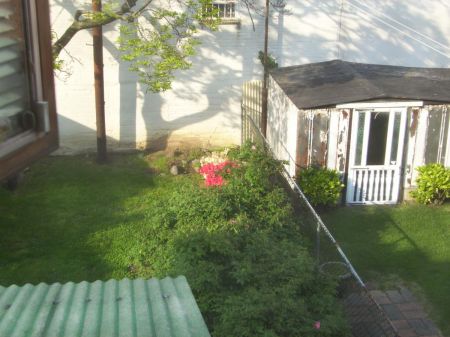 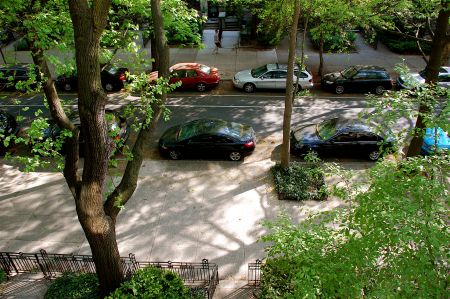 After spending past five years of my life in Los Angeles, seeing magnificent towers and sea of people on the streets of New York really dazzled my imagination. For the whole time I was in New York, I couldn’t rest; I couldn’t take my minds off from the world around me.

In Los Angeles, big real estate developers are trying to build what they call “Times Square West” in Downtown LA. But, I doubt that it will ever match the fierce splendor of Manhattan .

This is a list of C words I found while reading a 1968 American College Dictionary at the MacDowell Colony.

“Originally inhabited by the Weckquaesgeek Tribe, who lived in the area until the early 17th century, this densely forested high ground at the northern end of Manhattan was Lang Bergh or Long Hill to the early Dutch colonists. The Continental Army called the strategic series of posts along the Hudson River Fort Washingtonâ€? during the summer of 1776, until Hessian mercenaries fighting for the British forced the troops to retreat. The British then renamed the area for Sir William Tryon (1729-1788), Major General and the last British governor of colonial New York.”

“Containing one of the highest points in Manhattan, Fort Tryon Park towers above the Hudson River, offering magnificent views of the Palisades and the lower Hudson Valley that challenge the notion that Manhattan’s best vistas are experienced from its skyscrapers.”

– from the NYC Department of Parks and Recreation website >>

The tippity top of The Bronx? no problem. Fieldston hill here I come.

First, i did a little research here: http://americasroof.com/nyc-bronx.shtml, then i discovered that, for some grand reason, a few members of the bourgeoisie have decided that the tippity top, the culmination, the highest point of the Bronx (with what I imagine will be the best view of the borough and beyond) –will be gated. Off limits. Inaccessible to proles like myself.

I found it ironic, but strangely typical. i debated risking what could have been my second trespassing conviction, (the first was a blueberry patch in upstate New York when i was 16) but my colleagues convinced me that there were other safer, legal alternatives…

I headed to the second highest point in the Bronx, Wave Hill: http://www.wavehill.org/about/history.html

It was beautiful, serene, and far enough away from the city to really feel outside of it (and only a half an hour north from grand central!). I had to keep reminding myself that it was the Bronx.

Before I arrived at Wave Hill park, I had to walk a bit from the train through a little town, which i thought of as a mini-suburbia, but not in that cookie cutter way. The trees were tall and each house was different.

At the park, the gardens were breathtaking, and the staff were helpful and informative. A young gardener pointed me to the highest point in the park – at the wild garden. In between shooting, I admired plant life I’d never encountered, watched bees do their busywork, and contemplated whether i could live this far outside of “the city.” In the end, i think i was sold…

I came across info on this very interesting place in The Bronx: Wave Hill, that may work for Culm.

It is one of the most famous hills in the bronx, although not the exact “culm” (which of course is Fieldston Hill) but there is a botanical garden at the top with apparently fabulous views of the Hudson.

Susan and I ascend by car and then by foot to the top of Staten Island today, over 400 feet above sea level! We are not far from the comfortable, Italianate homes of Staten Island. The trees are looming, and we feel exhilarated by the sense of accomplishment that comes from reaching this burrough’s culminant point! To our surprise and joy there is actually a small, wood sign designating Todt Hill as the highest point on the Eastern Seaboard below Maine. In pursuit of a NYC-specific visualization of this word, I am becoming much more aware of the topography of our city. Now when I am looking from the Brooklyn Bridge across the harbor to the telephone tower on Todt Hill, I am able to imagine the lush, verdant hilltop woods below.